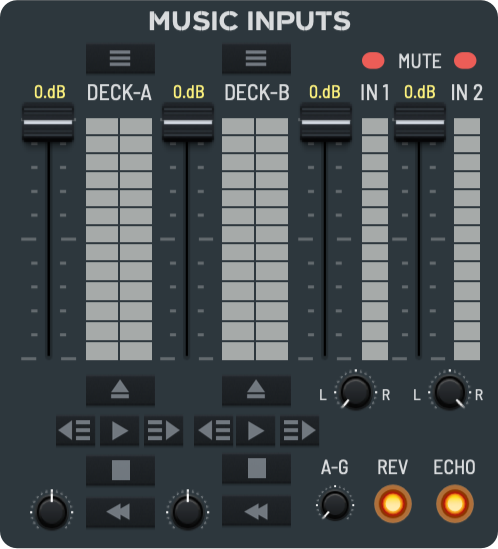 No matter what your Source, regain control of your tone with this incredible EQ. This 10-Band Graphic EQ gives subtle amounts of tone shaping and level control. +/- 12 dB with fixed Q. With ten carefully chosen frequencies, the 10-Band will let you tune your track correctly in seconds; create earthshaking low- end; restore punch, level, and treble response and much more. Cut those harsh frequencies or just adjust to taste

There are 3 main controls for each of the 4 bands:

Gain: This is the amount of cut or boost applied to the signal. Q and Frequency do not function unless there is gain or cut

Q Factor: Sets the shape or peak of the filter

Frequency: Each band has its own start and end frequencies 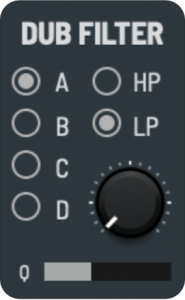 By default the filter is set to process only from Music inputs (A) thereby unaffecting all the other features, such as FX delivery, siren, mic, samples etc. The other options are…

A: Music inputs only. 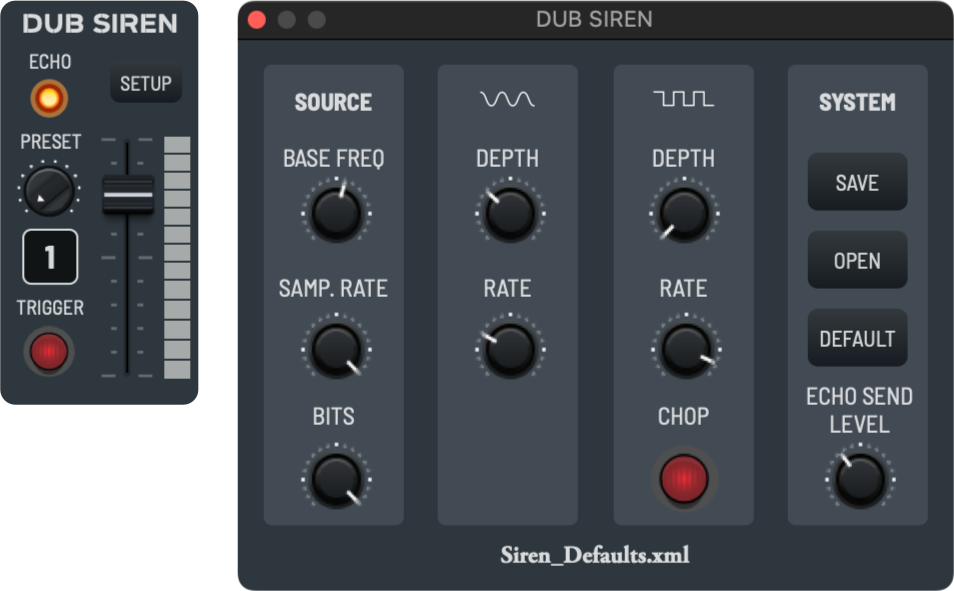 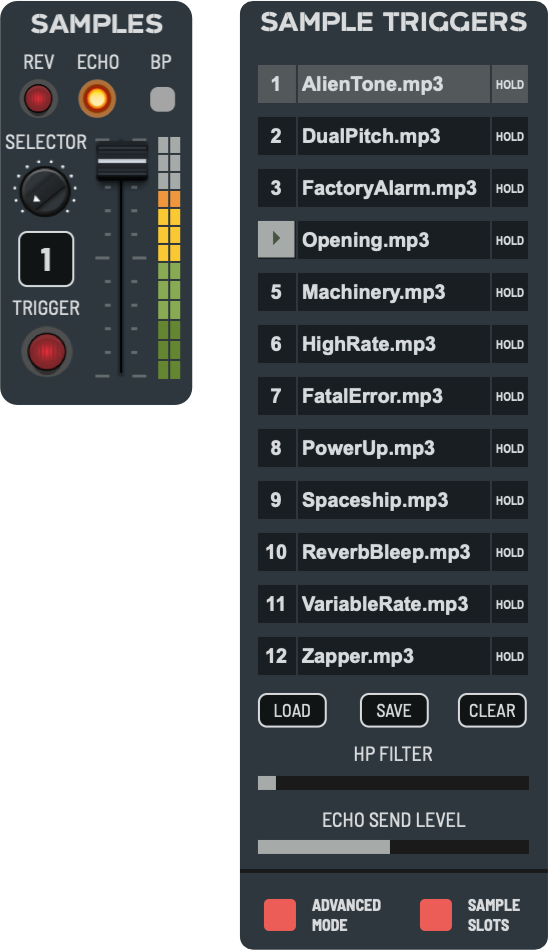 Sample set save and load

Once you have all your samples loaded,

This is the term that used to be used for the full range of sound, when, previously, you would only have a two-way system, the “weight” (bass) and “treble” (top).

The music would pass through an isolator system, that effectively separates the music into distinct frequency bands. Most commonly using a preamp, the audio is split into 3 filter bands, bass, mids and treble, this is the core design of AmpFreQQs kills system but with 4 bands.

Our uniquely designed kill switches have special bandwidth, frequency, and gain control, that will enable the user to preciously set cut off frequencies to match both the track being played and the speaker set up in use. The user can then use gain* accordingly for each band to get a particular sound.

The default frequency ranges for each band have been carefully chosen to provide as flat as sound as is possible, while being set around about the general frequency crossovers of MOST box configurations.

The filter-band gain comes set at 0db on default Settings. This is the maximum default however, there is additional gain available of up to 12dB in Advanced mode. NOTE: Be careful when changing over. The faders on screen or on your controller need to be set in the centre for 0dB

If you hover over the graph, you will see 3 different numbers. The one on the far left and the middle are the range of that particular frequency band, on the right is gain.

NOTE: Sub bass and tops only have a single control to adjust the frequency, whilst mids and bass have two.

Click and drag the columns marked in the image with an X to adjust the frequency cutoff start and end (Advanced mode only).

NOTE: in safe mode mids and bass frequencies can be reduced but are locket on their outer parameters. 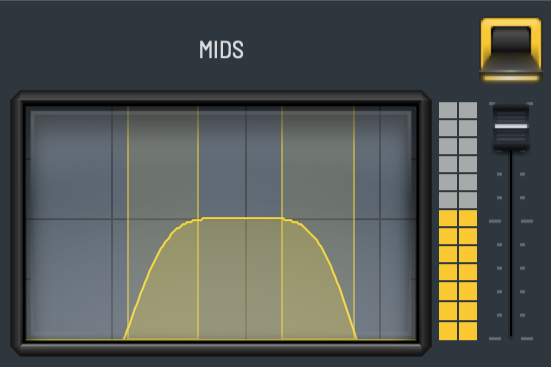 How to use the Kill switches

We do not recommend adjusting these drastically, however if you do (e.g., playing on Sound System), ensure that the adjacent band/s are adjusted to meets the frequencies you just changed, to avoid dips.

(This is an open system and there are no rules, so feel free to adjust and experiment with caution!)

The gains of kills should always be at 0dB to start with. That is full fader in safe mode and half way in advanced mode.

Before adjusting any kill gain faders, please ensure that there is sufficient headroom for the signal. It is easier (and in most cases, more pleasing to the ear) to turn up an amp, and amplify a lower signal, than amplifying a louder (and possibly more compressed, “clipped” signal) by a lesser degree.

The general purpose of the kills, other than to adjust the audio settings, it to build up momentum and drops by interacting with the music.

For example ,start with all kills on except for the sub bass. Then when you think the moment is right, you can (optionally) build up the intensity and excitement with a siren or other FX, before dropping in the bass.

But can you can drop in and out in any order. 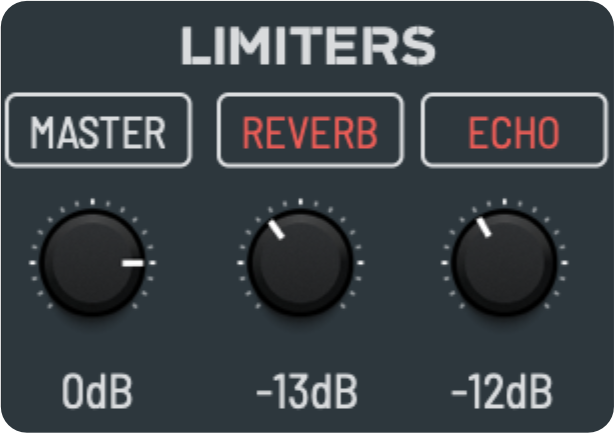 The limiters are in place to protect your speakers and equipment. By limiting the amount of dB gain, you are ensuring the levels do not exceed a limit that may damage your gear (or ears)

However, they can also be creatively. By setting a level of the Reverb and echo to a threshold that you feel blends in the FX correctly

By default, the master limiter is off and the FX limiters are on. The dial sets the threshold at which the limiter will engage.

There is no need for you to download or install any other software to record your freqq mixes, because we have built in that option for you.

To make a recording of audio from the master output….

Open up the Panel and locate the recorder at the bottom